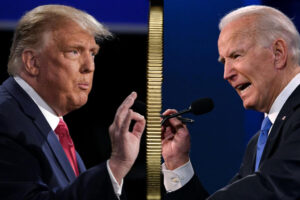 Two sides of the same coin.

Someone once told me that I should step back from an emotional situation and try my best to look at it as an impartial observer. Great concept, but clearly as a human being it is more or less impossible to do. However, I can do this about some things that I am passionate about but am not really involved in. 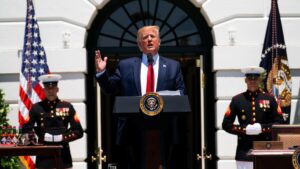 Do you have any idea how ridiculous Trumpists looked chanting “lock her up” about Hillary Clinton? Sure, it is fun being on the side of an ‘outsider’ who is ‘taking on a corrupt system.’ But just how outside was Trump really and what was his plan to approach to making things right? Attacking his political opponent is true to form for a man like Trump, he is (as I stated before his election) a megalomaniac. 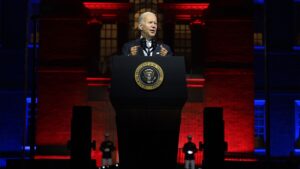 How insane is it that Bideners cheer when he proclaims millions of citizens of the United States as #UltraMAGA and the most severe threat to our democracy? We were told this career politician was going to be a “uniter”,  he would return normalcy and decorum to the White House. Biden is a moderate, right? Biden wants to turn the temperature down in US politics? If you believed that, you probably felt secure voting for him. How do you feel now? Is this what you signed on for here?

When being the bigger person, the more value-centered and reasonable human being you do not broadly paint an entire group of US Citizens as being domestic terror threats. You don’t ignore the humanitarian crisis that is the massive influx of illegal border crossers because of the optics of turning them away. You do the right thing and your job, protect the citizens who elected you. There is a solution to immigration, reform it properly. No more band-aids and bubble gum. You don’t behave like an autocrat and circumvent the system of checks and balances that is central to our Constitution.

How do these people come to such a high office? What compels them to even seek such a position? You have to be a lunatic and completely self-absorbed to run for most any political office, but to take on a task like #POTUS? That is why we have such a shit history of electing good people to the office, good people tend not to run. Good people who do run get their lives destroyed and never have a chance of getting a nomination in the first place.

At least when it comes to the duopoly that is the US political system. Why do you think the Green Party exists? Why do you think Libertarians are rising? It isn’t a national divorce we are in need of, it is a mass exodus from these two stale and self-serving monolithic piles of frozen human excrement called the Democrat and Republican parties.

Do not buy into the real great lie. Do no believe that electing the same politicians, celebrities and broken human beings will change anything for the better. If you vote with the duopoly you are voting for the continuation of what we are living through now.

We must get back to smaller government, the principles of a true Republic. Stop the clan mentality with politics, make your family and friends your focus. Remove politicians and politics from your every day life and when you vote elect people who are more likely to stay out of your life not to destroy it.