My overwhelming gut/heart feelings are that we should say fuck these assholes and implement the no fly zone over Ukraine. Logic says, that this would give Putin the excuse he is looking for to escalate even further, or is he? Does anything this guy is doing look like her gives a damn about looking for a justification? I don’t trust the intentions of most those in the world politic who swear this would happen. How could I? They keep sending money to the Russian government, how could they possibly advocate a no-fly zone? They are addicted to that oil there and are terrified that the Russians would not sell to them.

I do trust the Ukrainians, look at these people.

We need to, as a freedom loving group of countries, become energy independent of these rouge states like Russia, China, Iran, Saudi, etc. Short term, decrease the restrictions on drilling and processing oil. Lean on domestic producers to increase (not Iran/Saudi) output. Drop gas taxes entirely. Longer term, start building nuclear power plants and retrofit those that are out there to use modern systems. Enhance our power transmission capabilities. Start putting more effort into hydrogen power to make electric vehicles more viable and functional.

Hopefully, it is now extremely obvious that Europe should restart dormant nuclear power stations and increase power output of existing ones.

This is *critical* to national and international security.

We must get the Russian people to push back and end this, there is no other reason Putin will stop his actions. If there is a civil uprising in Russia the oligarchs that really run the country will turn on Putin. Simply put, he is there to keep things running smooth for them. When it isn’t, then we will see them remove Putin and replace him with someone who will do better at crushing the will of the people.

That being said, I was very happy to see that BBC World Service has FINALLY turned up their shortwave radio service to beam into Russia. We have moved so far away from the most basic and effective communications systems, losing site of the fragility of the internet and other digital services. Analog RF broadcast can be received simply with gear likely laying around most homes there. It is hard to effectively disrupt or jam and requires no domestic infrastructure. 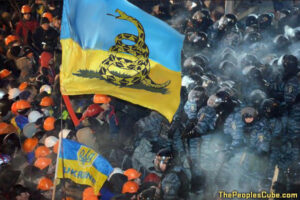 1 thought on “Wonder if I will get called a Russian Propagandist Today?”