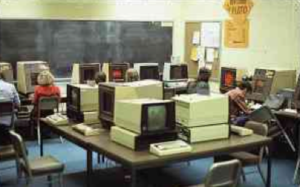 Honestly, I cannot. But I know at one time that we had taken our social norms along with us from our offline lives onto our Internet presences. It didn’t last long and soon most everyone found the veil of privacy and the ability to vomit out our most deeply held prejudices and vitriol felt… good.

It didn’t though. Some of us were flame throwers, shit-posters and the like. As a punk kid (well, 20/30 something even) I was looking to confront anyone who seemed to have an opinion that I thought was “stupid”. Why? Who knows, I think it had something to do with being able to “speak my mind” and get my 2 cents out there. I didn’t think enough about the people at whom I was actually targeting my pointless rage.

Which raises another issue, I just called them people. When I was being that dickhead, I wasn’t thinking of the people out there behind the twitter handle as that at all. They weren’t people. They were icons, handles, “them” and I felt I could treat them as made up creatures completely unlike how I would EVER interact with them in person.

I have recently started to expand out a bit on social media. Mind you, I have accounts everywhere and have found some really interesting people to interact with on Clubhouse, Instagram, Tumblr (RIP) among others. But recently I thought I would dip my toes back into Reddit. My mistake.

With Reddit, you can have a more long form threaded discussion and there are different viewpoints than I have developed in my largely Twitter-centric social media interactions. Right? So I wondered into r/politics. Bringing my Libertarian ideas into a place like that led to me taking my tiny bit of karma (the reddit social scoring system) and erasing about 1/4 of it. The the r/politics sin I committed was as follows:

Ok, I get it. Echo chamber, etc. So I went to what I figured would be the land of my people… r/libertarian.

First posts went ok, mainly I post articles and want to discuss them with people who come from all sides of the Libertarian spectrum. The thing is, in Reddit-World, you have mods in each of these places. These are people who have been added to a list of those who can control the discussion and prevent too much garbage from popping up that would be unrelated to the thread.

Today, I posted about OnlyFans reversing course on the adult content ban. What could be more Libertarian than sex workers freedom, corporate morality, etc. Right? Well, it seems a mod thought I was not posting on topic. So I received a 2 day ban from posting/commenting in r/libertarian for this:

This is a classic example of Libertarians eating their own. Why do we do this kind of thing? Should we not be promoting discussion where ever we go? Our aspirations as a liberty-driven movement are forever doomed if we cannot openly encourage debate and discussion and support one another. Period. We don’t need to agree, but we should support liberty minded individuals… even if it means going against the predominant culture of the medium where you have some level of control.

The mother has fed her “transgender” child what to say and is actually mouthing the words along with them. If this doesn’t get you mad as hell, what will?