If You Don’t Care About Yourself. 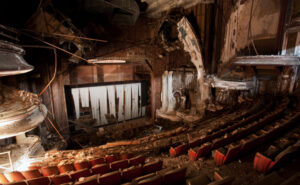 You’re wasting away. Look at yourself. You are filthy. You smell of sweat and rotten food.

Today I went to see John Wick 2. I intentionally went to an AMC branded theater today because I had been having repeated issues with the AMStar theater that I’d prefer (mainly for location and the large reclining seats.) I had abandoned that theater due to consistent issues with focus, bad lamps, broken/non-functional speakers and light spill-over from overly bright floor lighting. This wasn’t from one visit but dozens over the past year or so. I was fed up, so off to the AMC at the mall.

Ok, it was a matinee but it wasn’t a morning showing. So there should have already been plenty of time for theater walk-throughs. If there was any such prep done they should have made sure the carpets were vacuumed and popcorn oil dispensers clean/filled. Nope. A few older ladies were walking behind me lamenting the smell and the ‘filthy’ carpet in the hallway. I couldn’t blame them, in fact I agreed.

It’s the Total Experience, Not Just the Film

As for the presentation, the room I was in was having issues with audio. If I had to guess I would think that a crossover was blown so the relative volume was ear-bleeding. It was all mid/highs with nothing but low end subs rumbling every so often. So think of it like a screaming toddler in your ear while someone is blowing a trumpet at full volume. I am not an old man. I listen to loud music, hell I have done so much live production that I have hearing loss and it was unbearable. 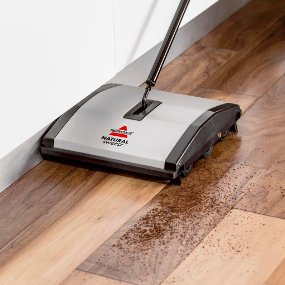 My first managerial-type gig (decades ago) was working as an assistant manager of a movie theater. My primary function was to make sure the popcorn was dealt with properly, people weren’t smoking weed in the rooms, rooms were cleaned properly, using one of those push-pull hand vacuum things, you get the idea. But my most important role was to keep an eye and ear on the rooms as the movies were playing to make sure the equipment was working correctly.

If you can’t take a minute to walk into each room and make sure the volume is appropriate, the focus is correct, all the lighting automation has dimmed properly, speakers are not crackling or chirping, etc then you don’t care.

If you don’t care, then I don’t either. Hopefully the best theater for watching popcorn movies around New Orleans (another AMC) won’t lose the will to survive any time soon.