You can talk all you want about the inherent bias of the news media. Complain as you will over “Faux News” or the “Clinton News Network.” You are buying into the true deception. There is no denying that certain news outlets have a clear leaning politically. However that is not the true threat to truth in media. The true threat is believing that the slant is what leads to the misinformation. 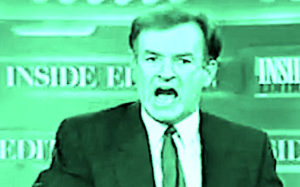 The actual lies you see on the news have less to do with a corporate ideology and who a news person prefers as their president and much more to do with the accepted way of covering the news. The gathering of facts, a clear presentation of them, a ‘deep dive’ of them used to be news. This factual and legitimate information was once the easiest thing to come by in news, not now. But now it takes an incredible amount of effort to find something resembling that. It is hard to find actual news, but far too easy to find what they like to now call “fake news.”

The newspaper was a way to deliberately absorb and evaluate data. It wasn’t a soundbite, or tweet, or a talking point. Something happened. The facts of who, what, when, where, why and how were communicated. If there was an opinion piece it was clearly tagged as such and usually in a totally different section of the paper itself, a clear delineation.

This type of information gathering was very direct and intentional, not for the writers alone but for the news consumer. I can remember watching my grandparents take the time to sit down, have their coffee and read the newspaper as a part of their daily life. The blocked out time to read and digest the information. They didn’t have a radio on in the background, weren’t on some electronic device, nothing to distract them from what they were doing. Just the act of reading information adds a level of commitment to becoming informed and if you missed something you just re-read the sentence or paragraph. It isn’t like TV news where something is said and it disappears into the ether. 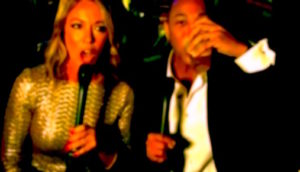 Over the decades we began to lose our ability to consume information this way. We are conceded enough to think that we are more informed with the lightning fast dissemination of news. Fast news is generally the least accurate and less vetted information.
We are lazy. We say we have a hectic life and don’t have time to read news. We ‘read news’ only if interest is triggered by a Tweet, a soundbite on the TV or an alert on our phone. It is our choice to follow up on these things directly or going to the entity or person that alerted us to the thing that caught our interest. Get a Breitbart notification, click on it, poof you are at Breitbart. Who takes the time to fact check it off other news sites, particularly ones that you may not feel represent your view of the world? 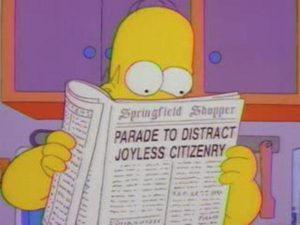 When we had fewer choices for news they took their duty more seriously. Think about your local newspaper, if you still have one. Old folks may have complained about an op-ed or letter to the editor in your local paper. Because the news was basically straight news and factual information being written.

The spiral downward began when cable news brought a 24 hour news cycle to the world. You may not be old enough to remember the overnight hours on cable news stations. I remember. I can clearly remember the early days of CNN overnights, and it was unwatchable. There just was not enough incoming reporting and information to feed actual news for a 24 hour day. Period. 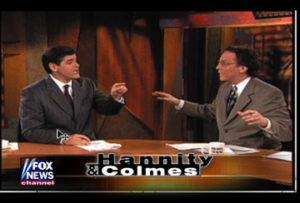 So when news is not breaking what do you do? You editorialize. Along come people to provide their opinions and “insight” into the news of a day. This leads to bickering between two people who might actually agree on some things. However for the sake of “News Theater”they pretend they are always on different sides (think Hannity and Colmes.) Imagine the concept that people find value in this feigned debate. This is politics, not news. 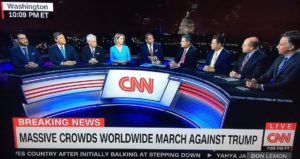 Then panel discussions… for everything. Then super panels (more than 5 people yelling at one another) a particular favorite on CNN during and after the 2016 Presidential election. Then there is the latest idea of a whole studio audience of pundits. Yep. Because there isn’t enough confrontation until you get a room full of people shouting their predetermined talking points at one another like seals barking on the rocks.

People can’t handle politics because the overwhelming majority have no concept of what it is in reality. They think they know what it is but ask someone to define it for you once. They cannot. It is conflated with the garbage they hear on TV and Facebook. Politics is a real and needed thing. What we deal with now is the hijacking of political actions to create a fictional storyline to push a given narrative.

What I am saying is that I don’t really blame the cable news execs for killing journalism.