Is the guy yet another misguided privileged kid? Yes. Don’t give me all this shit about him being adopted and bi-racial, etc. I really don’t give a shit. Think everyone white lived a great life when they were kids, I can tell you I know one pretty well who didn’t.

His Girlfriend is in his Head

Has he been playing poorly? Yes. Could his poor performance cost him his job as the QB for the San Francisco 49ers? Yes. (although at this point he will make the roster as a backup.) 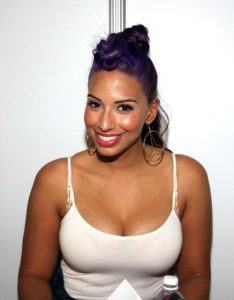 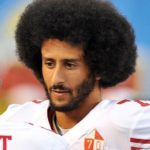 How many guys get a new chick who is in their heads and their game goes to hell? I know one, Tiger Woods. Ricky Williams, Tony Romo, Arron Rodgers and the list could go on and on. Coincidence?

Then let’s look at his come to Jesus moment about not standing for the US flag. Think he suddenly become social aware? Let’s see what someone else has to say about his chickie’s stance on things.

The SJW girl friend in question’s name is Nessa Diab, a radio DJ and social activist. The Daily Caller had a thorough write-up on her. Go read it then continue reading my take. Here is the article.

The Media Plucked What they Wanted from this Story

They failed to point out the entirety of what his protest was representing. They took the click-bait and nonpartisan component to stir up passions and not raise consciousness. Nothing more click-baity than a black NFL quarterback spouting Black Lives Matter talking points. Are they bullshit? Of course they are, but that is why they use them. To be decisive and make people think the basic concepts about the thin blue line are bogus.

Now let’s look at part you would have a really hard time finding from his quote about why he sat and had been sitting.

“You have Hillary who has called black teens or black kids super predators, you have Donald Trump who’s openly racist. We have a presidential candidate who has deleted emails and done things illegally and is a presidential candidate. That doesn’t make sense to me because if that was any other person you’d be in prison. So, what is this country really standing for?”

You can argue all you want about the police angle of his protest, but who the hell can argue this? Seriously. Sit there and try to be intellectually honest and say the guy is totally wrong?

Take note that he calls Trump a racist but doesn’t call Hillary the same. Yet she is the one her criticizes for calling black kids “super predators.” Also look at what the leaked DNC talking points to its candidates say about Kaep’s beloved #BLM. 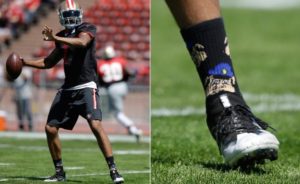 Much as his football has looked of late, his protest was clumsy. This is not to say news coverage and pundits were not even moreso. It is just that the guy is playing out his cuckholding in the harsh lights of the NFL and media. The woman in his life is clearly separating him from his upbringing, his family, and why he knew. Surely she is in his ear telling him about finding his ‘true self’ and embracing ‘his people.”
While he clearly is now flanked by many politically savvy spin doctors, much of the damage is done. The pig socks are out there in the media now, and I am sure all archives are being searched tirelessly to find other juvenile instances of his ‘activism.’ But he will be cast as the misunderstood NFL hero standing up for ‘what’s right.’ Let’s be careful not to let him be turned into a hero, he is not.

Let me also make something clear, since it is being widely reported as truthful. While his SJW girlfriend is Muslim, he has made no statement of being one. Snopes does a good job looking over this here.

Kaep has a lot to learn about the media, himself, history and most importantly the truth. The dumb kid  has approached this with all the finesse of his hair stylist. Big, dumb, no style and with no understanding of the past.