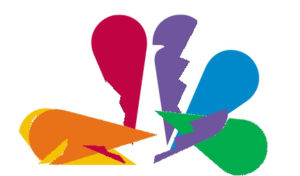 I understand how amazingly difficult it is to cover live events. Particularly multiple live events that are occurring simultaneously and over multiple venues. There is no way I am underestimating the challenges they are dealing with.

But this is their fucking job. The schedules for these events have been in existence for a long, long, long time. Logistics of covering the various athletic performances are planned out months and months in advance. The equipment is there, the operators are there, the support staff is there, you name it the logistics are covered. So how can things go so miserably?

For me, there was an early harbinger of how ugly this was going to be. The Opening Ceremonies should be flawless from a production standpoint. Nothing unexpected is happening, you have blocked the camera movements, practices have occurred, and multiple run throughs were done.

oh my god, seriously. what the HELL is the director thinking? GO WIDE FOR CHRISTS SAKE! #Rio2016

So please explain to me how the director was calling for shaky overly zoomed close and medium shots when the most dramatic component was the super wide or EoG (eye of God) shots? I get the point of referencing the idea that this massive feeling of movement is being created by thousands of individuals. We all get it. But repeatedly crashing into these shots from bizarre angles is more than distracting, it destroys the epic scale and grand theme of what we are witnessing.

I would like to point out that the Executive Producer of the #Rio2016 #OpeningCeremony is an Italian. #PigFuck

Then there was the poorly written, possibly even more poorly read voice overs about what the symbolism  should mean to us as viewers. If the miserable super-wide to close camera shots wasn’t doing a good enough job of killing the mood, the dialogue did it.

Thank god that we have the @NBC broadcast team at the #Rio2016 #OpeningCeremony to tell us where the “fun section” is in the crowd. #smh

Broadcasting USA Men’s Basketball and ops blew out part of the live broadcast and it too more than a minute to realize it.

Being a fighting sport fan, I hunted down some boxing to watch. I tweeted about my experience at the time. How is it that not only were the videographers unaware of how to shoot a fight, but the director or TD was unable to get them to do an acceptable job? My only conclusion is that the crew from the shooters up to the shot callers had no real understanding of how to view a fight, let alone film it.

NBS Sports is an amazing production unit that does everything under the sun. Think of how slick and technically sound Sunday Night Football is done. Yet basic production value is less than well executed, if it was well thought out.

That leads us to the decisions about tape-delaying events, choosing what to show on the multiple channels available to DirecTV and cable viewers. Here is a list:

We can bicker about what constitutes an event that is ‘worthy’ of being shown on these channels until the next Olympics. The simple fact that we must agree on is that NBC seems to have forgotten that we are well connected, too well even. Unless you disabled all your smartphone alerts, you have received ‘spoiler’ information before it was broadcast. I have even been amused to see how readily the other sports and news organizations are handing out results. They are justifying giving out the results by using the excuse that social media reported it all real time.

Imagine if they just showed the events real time instead of stopping for local news, national news, or even the horrendous local Olympic coverage package. If you have not seen that fiasco… it is a package that comes down from network with a script your friendly neighborhood sportscaster reads as a VO. Epically lame. EPIC.

To augment the coverage, NBC points you to their NBC Olympics App. Yes, I have watched a few things, but guess what? Some have zero graphics or dialog so you have no idea who is doing what or any insight into what the hell they are trying to do.

For example. I wanted to watch some field events, having done them in school. I went looking for the women’s hammer throw and what it served me was men’s triple jump. It didn’t specify if it was prelims, finals, etc. It did not tell me who the competitors were or their place in the rankings of the sport. Without graphics or any dialogue it was impossible to watch.

These are being shot for redistribution to countries all over the planet, a pool feed of sorts. However you would think someone could have been hired for $50 to talk about the triple jump for an English language viewer, right?

NBC paid $1.23B for the rights to cover the Rio Olympics. They secured rights to through 2020 for $4.38B in 2011. My first thought was a simple matter of economics. They own it, they are going to sit back and focus mainly on marketing to maximize their profit. In the interim they will do just enough to make it watchable while spending as little as possible to make the viewing experience great.

All indications are that I was correct.