(* I have decided to defer to NOLA.COM – Click Here for related articles *)

I am a loyal New Orleans Saints fan and I love living here.  I see too much vitriol and confusion surrounding the death of one-time Saint defensive end Will Smith.

So I am going to try and keep an eye out from a variety of news outlets and some less reliable sources (I will be clear where I got the information) to sort it out for myself as much as anyone else who reads this.

Will Smith was at French Quarter Fest with his wife Racquel. He posted a picture of his wife and himself enjoying the Fest on Instagram.

Source: Will Smith & his wife were eating at Sake Cafe before shooting happened & on way to Windsor Court. @FOX8NOLA pic.twitter.com/Q4SijpmAJJ

Will Smith and his wife had dinner at Sake Cafe Uptown. The were with another former Saint Pierre Thomas and former NOPD commander Billy Ceravolo. Afterward they were reported to be on their way to Windsor Court.

11:30PM
Near the corner of Sophie Wright Place and Felicity Street

Will is driving his silver Mercedes G63 SUV following behind a dark colored Chevrolet Impala that was reportedly driven by an acquaintance of Smith. An orange Hummer H2 driven by 28 year old Cardell Hayes rear-ends Smith’s SUV. (New Orleans Advocate)

Hayes pulled a gun during a verbal altercation (with Smith still in the SUV?) and fired multiple times. (Michael DeMocker)

He then remained on scene when he was taken into custody. (NOLA.COM)

Smith’s wife Racquel was taken to University Hospital for treatment of her wounds. (New Orleans Advocate)

Witnesses say there seemed to be a bullet hole in the windshield of Smith’s SUV and he was slumped over the wheel. Smith’s wife was laying on the pavement with two gunshots to her leg. Smith was pronounced dead at the scene. (NOLA.COM)

Sunday April 10, 2016:
2:45AM
Near the corner of Sophie Wright Place and Felicity Street

The SUV owned by Smith is towed away and his body is removed by the New Orleans Coroner’s Office. (NOLA.COM) 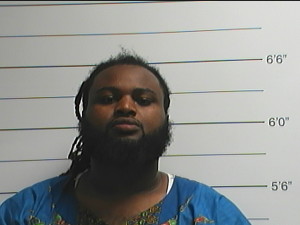 Cardell Hayes was booked into the Orleans Parish Prison and is initially charged with second degree murder in the death of Will Smith. (OPP)

Police held their first press conference about the murder of Will Smith.

Was this as simple and ludicris as a ‘road rage’ accident as as been reported? While it is not impossible, it is one of the few violent crimes that isn’t particularly common in New Orleans.

While no one has officially gone on the record, there are many rumors that the shooter was on the Saints practice team at one time. Another interesting claim is that he was part of Saints security in some capacity. Both of these as of yet unsubstantiated claims could suggest he and Smith had a prior knowledge of one another.

One initial claim that has been confirmed is that Smith was having dinner with Billy Ceravolo. He was a retired NOPD commander. How is this relevant? It turns out that while Hayes had some criminal history, his father had been shot and killed by the NOPD.

In December of 2005 Hayes’ father, who was ‘mentally unstable’ had pulled a knife on a clerk at a drug store on St. Charles Avenue in New Orleans. He had refused to drop the blade and other commands given by multiple NOPD officers who had responded. Ultimately he was shot dead. Named in the wrongful death lawsuit was the Smith’s dinner companion that evening at Sake Cafe, Billy Ceravolo. (WWLTV)

I forgot just how much the media enjoys abortion. As a topic and a way of cleaning up a sloppy live remote that resulted in unprotected sex.

It’s worth watching the unedited and full interview I did within @LelandVittert to begin to grasp the details of the 2019 UAP swarms and what questions linger.

Everything reported in this intervirw is FACT… and you will be better off if you watch.

“The charges filed today include Driving Under the Influence of Alcohol Causing Injury and Driving With .08% Blood Alcohol Level or Higher Causing Injury.”