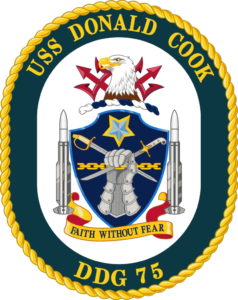 Most of us in the United States are finding conversations that are dominated nearly exclusively by the theatrics and antics of the 2016 Presidential election. In a quite Soviet-era move by our friends in Russia, led by their own Trump-ish president Vladimir Putin, they are taking advantage of it.

Our minds are flooded with ‘did he touch her arm’, ‘is Cruz the biggest liar in the race’, ‘why is Sanders so popular’, ‘did Hillary get caught committing a crime’, ‘big hands’, and much much more. When I say more, I really mean less. More nonsense would equal nonsense. Meanwhile two Russian Sukhoi Su-24 fighters jets buzzed, nearly collided with, one of our Navy cruisers in the Baltic Sea. The same US Donald Cook was also photographed by a Russian Ka-27 Helix helicopter.

Does that seem a bit aggressive when the US ship is in non-territorial water? 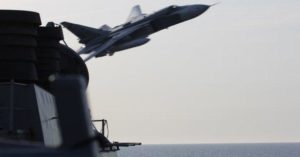 Check out this photograph which some on the USS Donald Cook, a destroyer in the Baltic for a routine NATO cruise. That is an estimated 30 FEET from the deck of the destroyer. Imagine if someone flew a single engine Cessna over your house at that distance. To put this in perspective, go lay down in your front yard. It would be as if a 727 flew over you at the height of a three story house.

They did not do this close passes once, twice, or even three times (a lady)… but twenty times. Twenty. Twenty simulated attack runs on a US Navy destroyer. 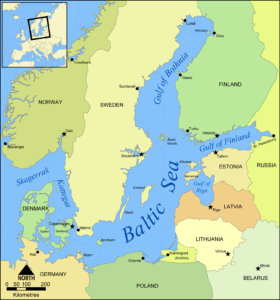 just a reminder of where this took place

Alas, no fear, the Obama administration has submitted a terse letter to an attaché to the Russian government.

What if Russia demands a naval base in Finland or invades a Swedish island?