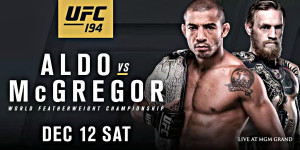 I have been worried about McGregor’s weight cut for the past three fights. When it comes to weigh-cutting there is one sure fire tool to evaluate how hard it is on a fighter.

Connor is cutting hard and fast, no matter what he and his camp tell us. Did you see him at the weigh-in? The difference between him there and even at the face-off was obvious. Use your eyes. 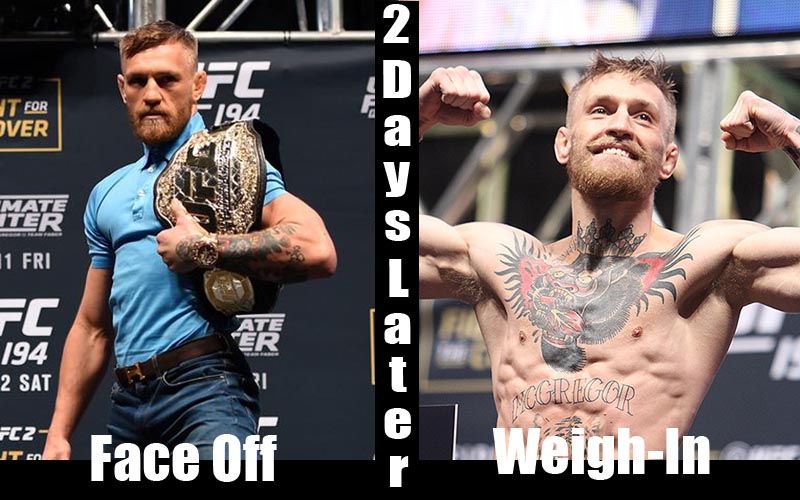 Look at the man’s face. That is just a TWO DAY difference. It looks like he went into a concentration camp, came out, and then was sweating out the last bit before walking to the stage. Did you see him sipping water immediately after, again, again, the the testy face-off then again? Did you see any sweat on the man?

Do you remember McGregor saying he would clean out the division and probably go up a weight class?

Even though he will be back to a more reasonable weight by the time the fight starts the damage will be done. If he loses I believe it will be due to a hard weight cut.

But I believe he will win. Did I mention how long Aldo has been idle and how old he is?