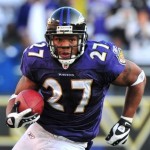 I realize no jets have been blown out of the sky by Russia or a typhoon yet today. Does that mean we need every news and sports program, website, etc etc etc to rail on about Ray Rice?

First, how many in the general populous know who the hell he is other than now being aware that he knocked his now wife out cold in an elevator? If you do not know, he is a running back for the Baltimore Ravens NFL team.

Second, this happens all the time. Domestic battery or the like is not something that is rare, in fact it is prolific not just in the USA but world-wide. It also goes both ways, all the time. So why is this instance more important? Because he is a public figure, a ‘role model’? Well sorta, it gives people in the media something to talk and his occupation makes him a bigger target versus some drunk ass who no one knows.

Here is an interesting list from a few years back of famous wife beaters including Chris Brown and even Yanni, yes Yanni. 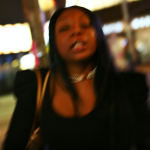 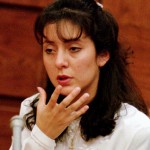 Let me ask you this, why was a woman attacking @AnthonyCumia not the story but his non-violent reaction to it on Twitter was the headline? Hell, remember Lorena Bobbitt? The crazed woman who hacked her husband’s penis off.

This is non-news, coverage of it is not going to draw attention to a social issue and help resolve it. So let’s all just drop it.