If you are thinking I might be pregnant, well that would mean I am a woman. While I said I should have posted something about the events of the night of the US President’s State of the Union Address (what I like to call the night that they caught the LAPD guy who totally fucked up all #SOTU pre-production) or I deserved to be kicked in the nuts. I was not kicked in the nuts, and I am pretty certain that no matter how hard you get kicked in the balls you would not be able to become pregnant. 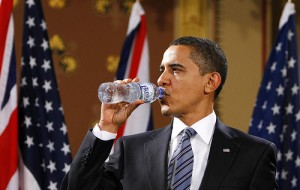 I am late to make this post. Let me say this loud and clear, do not piss in my face and tell me it is raining. Even if it is raining, you are still pissing in my face. That is how I felt watching the #SOTU. It has been well documented how well Obama is able to manipulate people and facts to best suit himself. If you think this is racist, if you think I am a Republican, if you think I am a bible thumper, you would incorrect. Three strikes, you are out.

The facts speak for themselves. Well, no in fact the facts DO NOT SPEAK FOR THEMSELVES the President does though. When he speaks of the ‘facts’ they are his facts not the facts grounded in transparency or accurate descriptions and EXPLANATIONS of what actually happened. I am sure you have seen the pundits on the right post all their views of the factual inaccuracies and exaggerations ranging from the comments on doubling fuel efficiency to assault riffle deaths (which one person had noted were out numbered greatly by people being beaten to death with clubs and baseball bats.)

Then you have the Rubio response which got more attention for him grabbing a swig of water than what I thought was one of the best responses to a #SOTU address that I have seen in probably 20 years. It is always awkward, you don’t have the cheering throngs of party loyalists, you never seem to look like more than some ass in a suit (in most cases for good reason), and it is just not something that makes much sense. As for the water drinking incident… come on seriously? Ignoring the content of a speech just because someone needs a sip of water? Is that an intelligent way to look at politics and to understand what is going on in your country. Here it is for your amusement, if you are that kind of shithead… enjoy (since I am more sure you will watch this than something you could learn from that is in the video after this one.)

Finally you had the Libertarian Party response to both the #SOTU and the Republican response. Care to hear some common sense? While he isn’t a rock-star like Obama, he offers a very reasonable view of the way things are in the USA and how they should be. I present Libertarian Party Executive Director Wes Benedict. I have more to say, but it might detract from what I believe are important points made by Mr. Benedict.