I would like to remind people out there that some incredible independent film makers are alive and well, putting out new films ever day. It is very difficult to find them unless you are a person who professionally is tasked with watching and commenting on such things. However sometimes you bump into a film maker and take an interest and follow what it is that they are working on.

In this case I found Chad Calek (@AGHChad) and his work ranging from a Mushroom Head music video to the most recent short film I have had a chance to watch from him called “DEMONIC: CIRCLE THE SON”. Chad’s films are distributed in a relatively limited release, but can also be found on his http://aghtelevision.com website where you can subscribe for a reasonable fee. You can see trailers, teasers, and other work by and featuring Chad on YouTube as well.

The film “DEMONIC: CIRCLE THE SON” is shot in Chad’s signature style with archival footage, his blue-eyed in your face (literally) narration, and with a variety of video clips that provide both atmosphere and information for your consideration and entertainment. He does not push an agenda, but he is clear in a foggy sort of way what his leanings are in most cases. 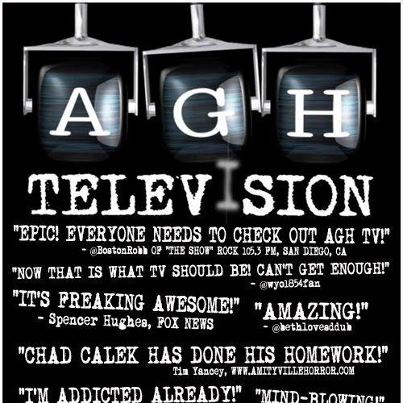 In ‘Demonic’ Chad investigates the concept of demonic possession, looking at the commercial success of movies related to it and his personal experiences as a long time paranormal investigator. He presents various opinions and facts (both clearly separated) about the concept of the existence or non-existence of demons, what could be alternatives to the traditional Catholic/Christian church’s view of them, and the issues which surround many cases which seem to blur the line between mental illness and the alternative.

This film is a very good watch, thought provoking, and allows you to get a good feel for who Chad is and what you can expect from his multiple forthcoming releases. I do have some gripes, but realize they are most likely due to a lack of funding not willingness or effort. Basically I wanted a longer version, more original footage, and additional interviews to further support his multiple explanations.

With that being said, I encourage you to take a look at Chad Calek. Take the time to support an independent film maker’s excellent work called “DEMONIC: CIRCLE THE SON”.