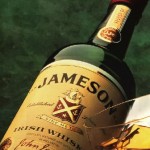 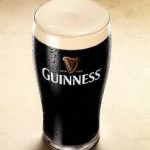 I had one shot of Jameson Irish Whiskey . That was it. At 11:59PM CDT I took a shot. That’s how I marked the ‘holiday’ this year.

Honestly, in my ‘younger days’ I would get up and do kegs and eggs. I would sit in a bar all day drinking Guinness and Jameson. Ultimately I would either drive myself home drunk as an inconsiderate and indestructible ass in his early 20s would do. Thankfully I never killed anyone, but I think one year I did have an incident with a small yellow poll that jumped out in front of me in a Taco Bell parking lot.

As I survived into my later 20s and was making good money I moved on to more ‘upscale’ places to drink. However, I was usually not starting until after I got off work. Depending on the day of the week that St. Pats fell on, I would be out late or I would go home because I needed to get up and go to work the following morning. Honestly, I could have cared less.

Surprisingly I made it mainly undamaged into my 30s and I still never really got into the whole thing. I am most definitely NOT Irish. My people come from Germany and places south-east of there. Oktoberfest and Halloween are my holidays, and people act foolish during St. Pat’s Day. I don’t find drunk assholes very tolerable and I do my best to avoid them because I would hate to get a drunken Irishman or Irish-for-a-Day Ass throw a hay maker at me and have to hurt them. So I more or less avoided St. Pats in my early 30s, more or less wore a green polo to work and went home at the end of the day.

There were about two years in here where I did it up on St. Pats again, I think more for my sanity than anything. I needed a reason to get out and be stupid and be an ass. I succeeded, but not as a drunk… just as an ass. Which can be fun, of course.

Now, a few years later I ended up drinking more shots on March 18th than on St. Patrick’s Day. Here in New Orleans of course we have parades constantly, so it just meant I had to drive around parade routes for the past two days. I was not going anywhere near a pub or even a bar. Actually what I did do was get my eyebrow pierced and set up for a new tattoo later this week.

Moral of the story? Why celebrate just because everyone else does? I prefer to go when I can enjoy myself without being a part of a larger tribe of drinkers who are out hellbent to get drunk. I think that is also my issue with the whole thing, I am not one who drinks to get drunk and feel like shit. That isn’t to say it doesn’t happen… but, seriously give me a properly poured Guinness (3 step pour, not too cold), a double shot of Jameson, and I’ll call it St. Pat’s Day even if it is a belated one; say in July.