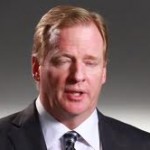 So lets look at something real simple about the penalties @NFLCommish (Roger Goodell) that isn’t getting enough attention. It isn’t getting the attention because the powers that be in the @NFL can and will take away someone’s right to be in the booth for a game, to be involved in their broadcasts, and if they could they would take away any previous association they ever had with them.

The @NFL is run like the mafia family. You have a group at the top a Godfather (Goodell) and his ‘Underbosses’ the owners. Goodell is responsible for making sure all the high level business decisions are made and no one (including the other owners) get too far out of line from the rules. He also can authorize people to get rubbed out if they do something that disrespects the family.

Sean Peyton got rubbed out, as did some of his made guys and enforcers. Goodell took his livelihood away from Sean Peyton and seriously damaged the Peyton’s boys, the @Saints. Was this done because of ‘bounties’ placed on players, yes and no. Lets all be adults here. If you are making a few million a year getting an extra grand just is filling up the Escalade and getting it detailed. It is like getting a star on your homework assignment in elementary school. It means nothing. It is just a way to get some motivation and in-team rivalry going. Period.

@NFLCommish asked the Peyton if it was going on and if it was to stop it. Some snitch sold out the man his boys, our boys, our @Saints. Who was the rat? From the sound of it, there were lots of rats. Were the Saints the only team doing this, no. Clearly, not way.

So why the punishment? Goodell asked Peyton to make sure it stopped, and it sounds as if he told Goodell that it had. Did he lie or just not know? Goodell doesn’t know but the buck stops with Sean Peyton. So he whacks him. Takes away his life, football. Takes his salary that pays the bills for him and his family and makes a scene about something that is a non-story. 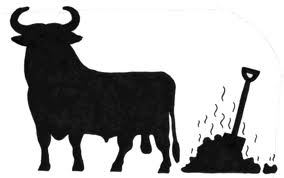 Was this to protect players? No. If you think so, BULLSHIT.

It was about 2 things. The @NFL wants an 18 game regular season and they think they can appease the NFLPA (Player’s Association) to go for it if they pass rules that appear as if they are meant to keep the players safer. Does it? No. Every fucking guy out there should want to hurt the guy he is hitting. That is football. If this was hop-scotch then, that shouldn’t be the mindset. But this is football (at least for a little while longer) and we are losing it because of owner greed. 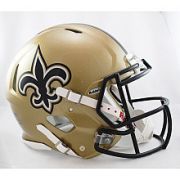 The owners want 18 games to make more money. Goodell was disrespected by Peyton, so he was made an example of… @Saints head coach Sean Peyton was rubbed out. So ultimately this was about Goodell’s ego and the greed of the league and his owners wanting more regular season games for more money.

If you think I am wrong, go turn on the Disney channel and jerk off to it.