Well it has been quite a year, and I am pleased to see it coming to an end.

Let’s get right to it. Today we will do the best. I will wait for the worst until the 31st… who the fuck knows what can happen between now and then? 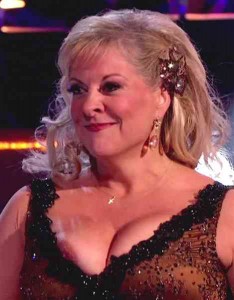 10. Nancy Grace’s nip slip on dancing with the stars, but I think she should have gotten more shit than Janet Jackson did. (At least we wanted to see Janet’s tit.) Hopefully it humbled that hippo.

9. The “Arab Spring” which seems to be trickling over into winter. Frankly is on my best list because it is people standing up to bullshit from an oppressive government, although I think it is always the bad guys who are willing to go the extra distance to win… good people don’t tend to blow up people and shoot kids and whatnot. Bad guys don’t care and that scares the good ones. Advantage – Bad Guys. However we can hope. 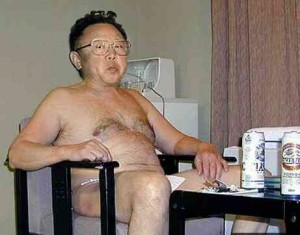 8. Kim Jong Il died. That’s a good thing. I mean that country is so brain fucked from propaganda that his son will surely just do the same shit and keep that country in the dark ages, but sooner or later they will have the bomb.  The jackass is dead, long live the jackass.

7. The US got out of Iraq… and shortly thereafter all hell began to break loose. Shocking. However at least the hell is breaking loose on someone other than the American soldiers who were there for far too long and for very little reason. This is #7 because it is just too little too late and fucking sad. What a waste.

6. After decades of being an annoying ass, funding terrorism worldwide, killing off thousands of his own people, wearing clothing that made him look like  an African princess, and generally being a bad guy dictator dickhead Gadaffi died. Well his ass was fucking killed by the people he had been killing and fucking for years. They kinda tried to make it sound like an ‘oopsie’ like the scene from Pulp Fiction where Vincent Vega (Travolta) blows off Marvin’s head in the car. Let’s all be adults. Good, he was fucked up by the people he fucked. Karma. 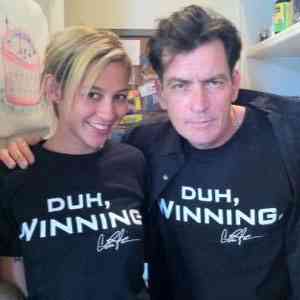 4. Charlie Sheen melting down on Twitter and everywhere else he could get an audience. First off, thank God this happened. He got off that embarrassment of a TV show. I actually think that the show was what ate his soul and created the vortex that lead to his crash. If you did a show like that when you were once considered a real actor, wouldn’t that make you want to die and go out swinging? 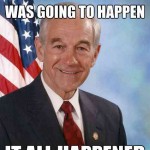 No, It's Not Ross Perot

2. An “Honorary Lifetime Member” of the Libertarian Party is running for the Republican nomination. Of course I am speaking of Ron Paul who has decided that one way to get full ballot access, invitations to nationally televised debates  (you know the shit most people don’t realize 3rd party candidates can’t get) is to go in as a GOP candidate. I am sure they will trounce him out as soon as they have a chance, but hey it is more coverage than the brilliant  Bob Barr (@bobbarr) was able to get running as a Libertarian in the last election. 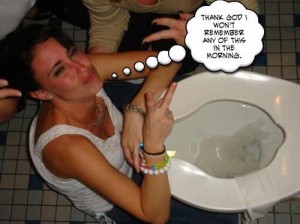 1. Casey Anthony got acquitted. Come on people, it had to happen didn’t it? How many asshole lawyers on TV were left with their gavel in the hand and a stream of drool puddling in front of their gaping mouths when that verdict came down? Just because someone is a shit parent doesn’t mean that they will punished, that their kids will get saved or any justice. Just the amount of time spent on this non-story alone makes it the #1 best thing of 2011, because everyone looked like an asshole. Think about it. EVERYONE. It would be nice if they solved the child’s murder, but Casey is #1 in my best of 2011 list because she proved to the world that the whole world is full of SHIT.