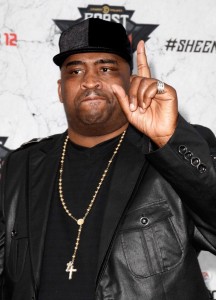 So I had put together a podcast I was considering entitling “Fuck ESPN Company Lap-Boy Collin Cowherd:” I started cleaning it up a bit (to spare the world some umms and uhhhs) when I heard on Sirius-XM Radio’s Opie and Anthony Channel (formerly “The Virus”) that Patrice had died. Ron and Fez were on the air taking calls with people relating their experiences with twitter’s @bigmommaprods.

Let me just say that I decided it was not worth putting that kind of attention or emotion at such a douche as Cowherd.

I tweeted a #RIP Patrice and decided to become a bit contemplative.

I’ll get a new podcast out tomorrow, the plan is to find something pointless to rant about and get out some negative energy developed by the passing of Greg Geraldo and now Patrice O’Neal.

E! Online: More on Patrice’s death including thoughts from other comedians

Comedy Central: Archive of some of Patrice’s stand up