“Ya know what I can’t stand? 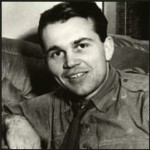 Being dead. It’s cold. People talk about you and you can’t respond to them.

Then you have to make all these decisions… haunt people, purgatory, an empty void of nothingness.

Well, I guess some of those decisions are made for you. I don’t like that either, what if I guessed wrong?

Well, I guess if I feel three sharp points on my old wrinkled ass I will know there is a hell.” 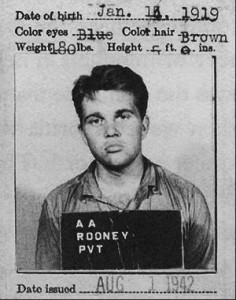 #RIPAndyRooney  – Dead at 92 (Yes, I thought he had to be older than that too)

Did you realize Andy wrote for ‘The Stars and Stripes’ as a war correspondent. Not someone who sat in an office and wrote about VIPs flying in for photo ops, but in the trenches reporting from the field.

Seriously though, it is an amazing life this man led. He was a true journalist, war correspondent, critic, and opinionated social commentator. That is, when he wasn’t entertaining us with observations that seem to have influenced Larry David and Jerry Seinfeld enough to make “Seinfeld.” 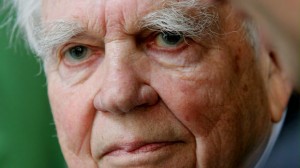 Andy and His Birdman Eyebrows

Most of us just know him as the crotchety old wrinkled man with eyebrows that resembled a white bird’s wings at the end of CBS’s “60 Minutes” but I recommend reading more about his life before his time as a social commentator. If you don’t already feel like you haven’t done shit in you life, it will just make you feel even more so.

A Few Links to Get Some More Information:

CBS’s Story on Andy’s Death and Life, in that order.