I really am curious what people think about this… my feeling is that Obama was elected by getting out typically non-voting black and Hispanic people. I also feel that men like George Soros are now the puppet masters controlling Obama. 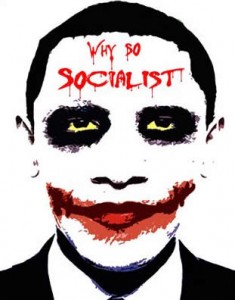 So the black and Hispanic voters who helped Obama to get elected brought in a super-wealthy very white power broker like George Soros to heavily influence the President and his decisions. This also means all the far left liberal voters who agree with many ideals about wealth distribution and lets be honest, a socialist state also helped bring this man into a position of incredible power.

Also, lets be serious here… calling people who make more than $250,000 a year the elite or the private jet owners, or all the other lies, lets be serious. These are usually people who a self employed and employ others, who run their businesses as S-corps, meaning their business is oft times bolstered by the salary the owner of the company makes. There is a big difference between people making that kind of money and the uber-rich. Those who DO have private jets. There are a lot more of them than you would think, but the tax code lumps everyone above such a level into one group.

Let me ask you, if you are making 25K a year would you think you deserve the same tax rate that those who make 70K a year have? So why would you lump people who make 250K on up together when some CEOs are making bonuses that are 10-20 times that ammount?

Make a fair tax system. Flat tax, limited exemptions, and simplify the code to keep the uber-rich from finding loopholes because they pay an account $250,000 to do their taxes. Following me?

Stick with me here… here are some suggestions.

Don’t vote based on color or habit. Think, research, and be an educated voter. The original version of the US Constitution allowed land owners to vote, only. The rationale is arguably because they would be the more educated and more involved members of society. There was no medicaid or medicare, there was no social security, there was no hint of the country allowing for the development of a class of people (regardless of color) who had no incentive to work because their existence and in many cases their drug habits are subsidized or fully funded by the welfare state created by the US government. 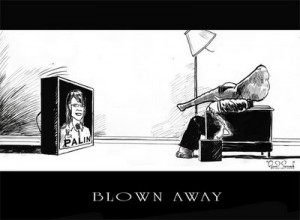 Remember the videos of people saying they were voting for Obama because they wouldn’t have to pay their car payments and he would give them houses? (See My Previous Post) Did Obama ever come out and say that was not what would happen? Of course not, let their suppositions help him glide into power. I am sure he thought he could get in with these misconceptions and actually do something… but he just wasn’t sure what it was he could do other than push towards socialist ideas.

The Tea Party jumps out and makes a splash then as a backlash against these ideas. Great, so soccer moms and under-educated begin to gain politicalinfluence… just like that group of people who buffered the rise of Obama. For every action there is an equal and opposite reaction, meet the Tea Party.

The fact is, ask yourself this question.

– Do I want to live in a Democratic Republic with a Capitalist Economic system?

If yes, then Obama is not the person you want representing. Get it? Do you see that now?

If yes, then the Tea Party and it’s ideas are misguided and faith based (as long as you are a ‘Christian’) is not what you want.

If yes, Democrats and Republicans are similar enough to group together and we know they are unable to work towards anything other than re-election and getting more of their party in office and less of the opposing party. So they are not what you want to represent you. 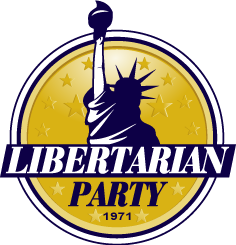 If yes, then your option is a Libertarian. An actual political party, believing in the freedoms allotted to us by the founding fathers and those who have come along believing in life, liberty and the pursuit of happiness. Self accountability, self respect, and a government that does the business of government not our personal business.

If no, then join the American Socialist Party or move to a country more suited to facilitating a life like you want to impose on the rest of us.