So I broke down and went to see the new Transformer movie, and choose the “real 3d” version. I have seen the previous ones, even including the one from way 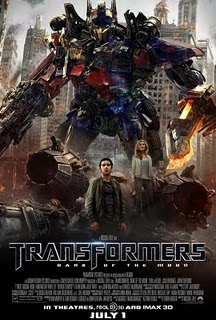 back that was animated. Remember that one? Bumblebee actually died in that one, he was dropped into a volcano or something. However, this is Dark of the Moon.

My first thoughts about the movie were about the presentation more so than the film itself. Within the first 5 minutes I already thought I should see this again sans the 3d experience. I found it to be a bit distracting. The sharpness and clarity I expect in a movie were replaced with something more akin to watching an old black and white tv with the antenna needing adjustment. Remember how you would get that kind of ghosting effect?

I do have to say that of the three films this is the best. It is a bit more adult, we know the characters better (shame it takes three movies to have any semblance of character development), and the plot is more firmly in place than the others.

Personally I think if you are into the series you’ll enjoy it I you watch it for what it is, being: A movie about alien robots and their friend some kid from suburbia with some sort of world ending scenario involved.

The replacement of whore #1 with whore #2 wasn’t jarring at all, much to #1’s chagrin I am sure. Additionally we picked up a hot tramp with a British accent and who was not being used as a co-hero/heroine.

I will say that with all the fuss being made over Megan Fox (Mikaela Banes) the previous love interest of Shia Lebouf’s character Sam Witwicky, is a bit silly. She compared Michael Bay’s directing style to being Hitleresque, and of course the Executive Producer Steven Spielberg (aka Super-Jew) didn’t take kindly to the comparison. I mean he did do “Schindler’s List.” However rumors are that she was a bit of a pain in the ass anyway, so I think it probably just looked like the last straw or an excuse to make her go away. 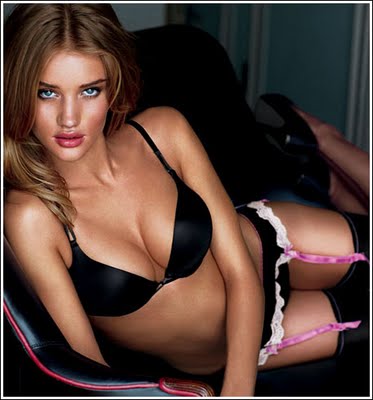 Thankfully out of all of this we ended up with new eye candy in the movie. Eye candy with a British accent named Rosie Huntington-Whiteley. Not familiar? Well just look at the pic posted in the blog… she is that usually horrific combo of model and actress. Two key differences, she was a model first and then chose to become an actress. She can act well enough to pull of the part, not really a huge stretch for her since the character is a hot chick who lives like a super model. The thing is, she definitely not Kathy Ireland (remember Necessary Roughness?)

If you pick it apart like a geek or “hardened” film critic then you will surely bitch and moan. I heard on of these types blogged that he was pissed at Michael Bay for making Prime too much of an “Asshole”. Seriously. No comment needed.

Attempted murder with a deadly weapon.

NEW: Dash-cam footage shows now-former @lakeworthpd Officer Jonathan Granado using his SUV to run over Dustin Bates — a motorcyclist who was fleeing on foot — on November 23, 2020, according to a lawsuit filed today, by Bates. More on @FOX4. ⚠️: GRAPHIC VIDEO.

I spoke on RT at like 3am about Biden cussing people out, inflation, Ukraine/Russia, and more.

Obligatory Disclaimer: yes, I went on state media to give a libertarian perspective to a global audience of millions that they would've otherwise not heard.