Ok, if you want to send cock pics and such things to chicks (or people you hope are chicks) online go crazy. Weiner is a dick. That was his reputation, he was the democratic ‘pit bull’ as some say, I would think he’s more of a jack russel terrier… kind of loud and yapping and snarling with nothing to back it up. I have to say this has nothing to do with the apparent size of the cock in his twitter picture.

It is hilarious that this dumbass would be so arrogant that he would communicate via his MAIN twitter account and not just move over to a different account, or yahoo chat, or whatever else. Why would he do something so fucking stupid?

It is very very simple. He thought he was the smartest guy in the room, possibly in the country, and thought he was untouchable (which is strange since in many of the pics he is touching himself.) 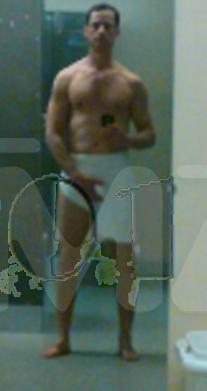 Infidelity and politicians are so closely tied together, that you can just assume unless we had a Congress full of eunuchs, ball-less men…. wait. We don’t? Anyway, unless Congressmen were castrated there is no way to keep men of power from chasing pussy and being chased by it. Lets be serious, this guy is not a catch. He’s a dickhead of the highest order and even those in his own party don’t like the guy.

But let me make something clear, again. If you want to go looking for some hot tramp on twitter, or cruising a bar, or going to the Bunny Ranch, I really don’t care. People are sexual, and men want to spread their seed. If you think otherwise you are being naive. Men, women, go get laid. That’s natural and good for you. If you have a kink, do it and enjoy it.

The trick here is that Tony Weiner was sloppy and he is a person in the public eye. It is like any other public personality. Charlie Sheen said it once in an interview, and he nailed it. Pay for sex from a pro. When you do you are not really paying for the sex, you are paying for the woman to go away after you do your deeds with her. (I am paraphrasing due to my laziness in trying to find the actual quote, but you get the idea.)

So why do I say he is a dick. Well, other than his personality it is that he was so cocksure (pun intended) that he called a journalist a ‘jackass’ at a press conference when the guy just wanted a yes or no answer about whether or not he had sent the tweet.

Rep Weiner has denied these things over and over, calling press conferences, and even setting up individual interviews for each major news network to deny it which is another dick move.

Is this weird or deviant behavior?

No. I would say that this more the norm than not. Men want sex. Men like to see pics of chicks. Some men like to be exhibitionists. That isn’t the issue for me. The issue is that he is an arrogant douche bag. There are tons of them in the world, and a higher concentration in Congress and elected office. You have to be an egomaniac to move up the ladder in politics these days.

So do I think he should resign?

I think if he is truly interested in ending this distraction from the business of the House, yes. I think if he wants to have a chance to make this go away, yes. I think if all he cares about is himself and drawing attention to himself, then no. This guy is a publicity hound, and craves attention. We have seen that at his news conferences and on the house floor as well.

As of the time I am writing this, Weiner is on the way to make what is believed to be his resignation announcement. Will the story die in a day or two? In a week?  It will linger. I saw both @FoxNews and @CNN have run or are going to run shows about politicians and sex scandals… come on people. Really? Couldn’t you do the same thing for any group of men? How about CEO’s? What about coal miners?

Hey, here’s one how about people in the Media? That would be an interesting one, don’t you think?

1 thought on “What a dick. Anthony Weiner”