You know, I understand that airport security is important. You would have to be a moron or worse to not get that. 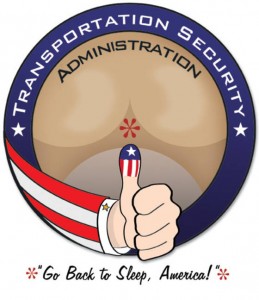 Where my issue comes in is when people who were previously janitors, or bouncers at a strip club, or “empty nest’r” moms are put in a position to tell someone what to do and they can’t handle it. My guess is that the gentleman that made me miss my flight today was the ex-strip club bouncer. His job is basically to stand next to the people that check tickets and IDs before you enter the security screening area and keep someone from jumping line. The trick here of course, is that if you have kicked in the extra cash to do a 1st class ticket that you are supposed to be able to do just that.

That was my issue this morning. I had a 6am-ish flight out of New Orleans International Louis Armstrong Airport and I was indeed running behind. However I had checked in online and had my boarding pass pre-printed and made it with plenty of time to hit the gate on time. This was particularly true since I could use the express line due to my 1st class ticket for which I had paid out my ass.

Problem being, a large black gentlemen (the ex-strip club bouncer) wouldn’t let me come through the express line. I explained I was running late and had a 1st class ticket, and his response was “back ah da line.” I politely pointed out my ticket and that this was that express lane for my airline that was meant for people with platinum status and/or a 1st class ticket, to which he replied “I said, back ah da line.”

Ok, this had wasted time already and so I duck under the rope and head to the back of the ‘da line.’ By the time I hit the other TSA person who was checking tickets against IDs, she looks at me and goes “you’d better hurry, ya should’a come up the express lane.’ Refraining from making a scene I just glared at the LBG (large black gentleman) who prevented me from doing just that. He didn’t notice because he was taking what I am sure was an important TSA related business call on his cell phone.

Shoes off, laptop out, and the guy in front of me walks off from his bag… this pisses off one of the empty-nest’rs who doesn’t want him to leave his things on the conveyer belt until he is told to go to the next station, being the full body scanner. I glance at my cell and see I have 6 minutes, I just might make it… I put my bag and two plastic bins (containing my laptop and my shoes/phone/etc) through the x-ray machine. She snaps at me and says I can’t have any part of my shoe over lapping my laptop. Seriously? She insists that I go get another bin and put my shoes through separately. I follow instructions like a good little automaton, burning more time up. 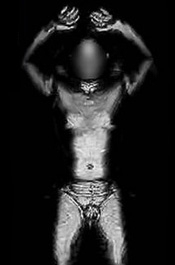 She tells me to step into the full body scanner, I show them my junk and walk out. Then I have to wait there while the other TSA guy waits to hear if I am smuggling C4 up my ass or have a nail file hidden in my nasal cavity or something. So we stand there uncomfortably as I await the verdict, am I am terrorist or not? He gets a message in his ear bud and says he needs to pat down my chest. It seems my earbuds were in my shirt pocket. That meant he was allowed to feel around on my upper body and waist line. Although I showed him what it was.

I get the all clear. now I can stop walking around barefoot, gathering God only knows what kind of fungus and miscellaneous funk off the floor. (by the way, I now have 2 hours before boarding… I should be nearly done with the first leg of my flight) I get my shoes, gather my other things and go looking for my gate, which had shown up as C12. C12 is at the furthest point from the security screening checkpoint, of course. But that is what the board said, I tried to double check with an agent but there were none around and there were no flight arrival/departure signs in the concourse. Why would there be?

I make it to C12, seeing the American Airlines sign up on the board I realize I am flying United… well, this can’t be right. 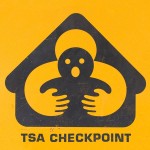 There is no customer service at this time of the morning unless you go to the check in desk back outside of security. So I finally find a United person, and they chuckle as they inform me that my flight has pulled away from the gate.

About that time, it occurred to me that you never hear of these things stopping people from getting on board with dangerous objects you hear about people going bat shit crazy while mid-flight. That means after they made it through all this bullshit. I guess we will just need to figure out a way to read people’s minds and review their mental health profiles before flying. Right? That’s next isn’t it? Why not? They already can do as they please, why not let them in your mind since they have already seen you nude. I mean, these are the same people who couldn’t figure out a fucking warning system that made any damned sense, of course I trust them.

So now I sit, mad, eating grits, and blogging while trying to keep from falling asleep and falling face first into them.

Fuck the TSA, and fuck nonsensical governmental bullshit. Also, fuck the airlines, there has to be a better way to do all of this.