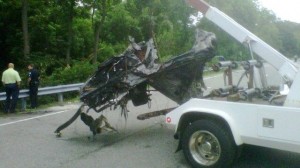 This morning, 34 year old Ryan Dunn, driving a Porsche 911 GT3 that he was able to afford after making a living being a Jackass. Approximately 2:38am eastern time he drove off the road and into a heavily wooded area in Goshen Township West Chester, Pennsylvania. When emergency responders arrived his car was fully engulfed in flames.

Dunn was one of those people who you knew was a good guy, even for those of us who never had a chance to spend time around him. You can get a good idea of what kind of person someone is when you see them covered in the media and on the large or small screen. Sometimes you can be fooled, but in this instance I have no doubt he was as genuine and nice of a guy that there could be. The reaction or lack there of from his close friends, the Jackasses themselves and those around them makes it very clear that they are hurting beyond words over the death of what seems to have been a true and caring friend. 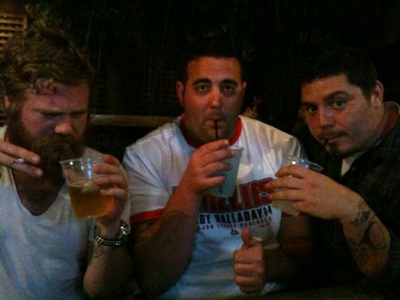 I am sure this will lead to Mtv (which has gone from one of the best to quite possibly the worst cable station) to come up with some tributes, show them, turn

them into some sort of anti-drinking and driving campaign, you know how it will go. Then they will surely begin to scrub themselves of anything Jackass related, just as they do with anything that they do no want to be associated with. The Mtv execs have no scruples and no loyalty, it is just a business and co-stars dying in what COULD BE a drinking and driving related accident is not something they will allow to remain.

It so happens I was watching Jackass 3.5 last night, I had grabbed it off DirecTV PPV. There is a scene where Bam and Dunnwere in fat suits and Bam had to piss.

He asked Dunn to basically guide his cock out of his suit so he could take a piss without soaking his fat suit. He did it. Dunn, actually helped his friend whip out his cock so he could piss. Tell me, how many of you have any friends who would help you out like that in an even more dire situation. 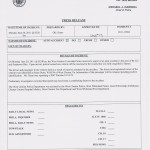 The on scene police report was released along with a photo of the wreckage being pulled from the woods by a tow truck. TMZ put up some video of the scene after it was all over, showing skid marks and the crumpled side rail.There is also a photo that Dunn tweeted last night (@RyanDunnJackass) showing him and two guys (not sure of their identities yet or if either was the passenger in the car who also died) drinking at a local bar.

As is usual, there are conflicting reports as to whether or not he was ‘wasted’ as some said or if the truth lies closer to what another person at the bar reported which is that he had 3 beers and 3 shots over a 4 hour period. There is also a mention in police report that speed may have been a factor, but I have heard conflicting reports about that as well. This will be one of those things where the details will creep out slowly and most things out there now are just speculation or spin. 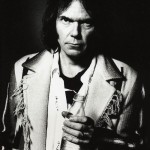 The fact is, a good guy died this early this morning. Someone who made millions laugh, cringe, and grab their own balls in sympathy. Neil Young’s “Hey hey, My My” contains the much copied lyric, “its better to burn out than fade away.” In this case, I disagree. I had made the comment while watching the Jackass 3.5 last night, “how much longer can these guys handle this?” With Dunn, I would have preferred to see how it would have played out as he faded away.

I will update things as I find them. I welcome your comments.

1 thought on “Ryan Dunn: Better to Burn Out than Fade Away”