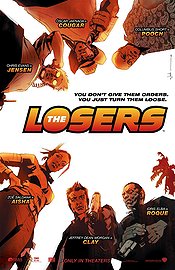 I hate to cite myself as a source, but if you read my review of “The A-Team” I was pretty clear that it was not much of a watch unless you were doing so to reminisce of the old days of the TV show. “The Losers” is the movie that “The A-Team” should have been. 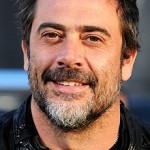 It is true that I am a fan of Jeffery Dean Morgan, he is a great actor and plays the roll of hardass with something more inside perfectly. In this case he was not The Comedian (from “The Watchmen“) but he was the leader of a group of covert ops agents.

While this is another action movie based off a graphic novel, I will be honest with you personally I feel they could keep churning these things out every 6 months I would be thrilled. The plot was simple, a villain tries to take out a our heroes after they disobey orders. This villain is also one of those shadowy people who movies love to portray, you know the ones who are pulling the strings of the governments of the world and those who wish to destroy them. The action is well paced and the dialogue is a bit hokey but has many amusing lines in the process.

My biggest issue with this film is what it is a recurring theme. Whereas “The Watchmen” was what I would consider to be a hard R, this was a middle of the road PG-13. I understand the financial issues with putting out R rated movies, but PG-13ing up a film means you have cut the original to ribbons.