You have to believe that the Republican Party knows what Palin is good for politically. The GOP cannot be loaded to the hilt with nothing but buffoons. I believe there must be so some smart and politically savvy people in positions of power. Same situation with the Democrats, I am sure they have the same. I mean for God’s sake they have Carville.

I am now firmly under the belief that Mrs. Sarah Louise Palin is being used by the GOP to act as a patsy for the whole party. She is a walking dart board with breasts, drawing the attention of critics and pundits just as well as she does the religious right. Remember when Pat Robertson was running for President of the US every year? How he would have people behind him, then he would say something incredibly divisive or just inane and drop out? Once out he would encourage his followers to go with someone else who was running on their side? Jesse Jackson is a similar lightening rod on the the Democratic Party side.

As more time goes by, it seems quite clear to me that no one in the GOP wants to see her in office. There is just no way. Listen, the woman seems very nice and well meaning. I believe she is being manipulated and used by the GOP. She flits around on TV and the internet to saturate as many potential voters as possible. She clearly has no real clue how to present herself or what the world thinks of her. Her latest snafu was the ‘blood libel’ comment. Let’s be serious, anything she says even if it makes some sort of sense will be couched as insensitive or divisive. There is blood in the water with Mrs. Palin, always… but she can’t seem to keep her leg out of the water.

The dark shadowy politicians who operate in ways no one really is full aware of, moving politicians and the national debate around like playing chess are using her. At this point I think even the less shadowy ones are as well. 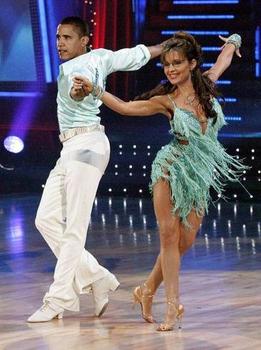 Mark my words. Palin is being used to setup a candidate that the GOP is planning to push in the next election. Palin will run in the primaries, maybe win here and there, but will then concede to someone that the Republicans really want in power and they will use the huge differences between the two as a tool. It will draw those who realize she is not fit to be the President of the United States together with those who had been backing her. It will not go down like Hillary vs Obama where she refused to quit. Sarah will back out when told to do so and back whomever the mystery candidate will be.

So is @SarahPalinUSA a patsy for the GOP? I believe the answer is clearly yes. Does she know it? Well it depends on how much credit you give her. I do not believe she is an idiot, but she may be surrounded by people who are blinding her to the truth about what her true worth is to the Republican Party.

She is a guppy in a tank of piranha that is in the house of an evil genius who controls the food and dividers. When they are ready to sacrifice her  they will stop feeding the piranha, wait a few days, and remove the dividers…

1 thought on “Is Palin a Patsy for the GOP?”

“The Science” doesn’t mean “the consensus.”

“The Science” told us to ignore all pre-COVID scientific policy guides for handling a pandemic, which strongly recommended never EVER doing lockdowns or shutdowns.

“The Science” means “the mainstream-narrative-approved position.”

This isn’t normal. Can we all agree that this is not normal?

Thread: Here is Fauci recently claiming that ‘we’ve lost’ more children from COVID than we ‘ever lose’ from the flu. This isn’t true. In the next tweet, see CDC estimates of flu deaths among children during recent flu seasons…