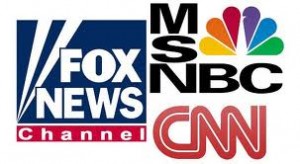 I decided to make a few observations on the coverage of the mid-term elections by the new ‘big 3’; what is that you ask? It is the cable based media that has assumed the role that the customary broadcast networks used to have. Specifically, NBC / ABC / CBS have been displaced if not replaced by MSNBC  / CNN / FOXNEWS.

As you would expect CNN was doing its best to come off as being ‘neutral’ and was not doing a terrible job of it. However, when you throw something like a major shift in the landscape of elected US Congressional members as we have seen this evening… you would expect for it to be emphasized. Let’s say that CNN was reporting so much data that it was getting lost in the wash while FoxNews was doing quite the opposite.

Olberman after results began to come in

MSNBC, as you would expect, had put a large pile of sand on the studio floor and everyone with the exception of Chris Matthews had their heads in it.  Let us be serious people, when you have Olberman and Maddow leading the coverage it is going to be apologetic towards what was happening.

The fact is, independent reporting has more or less disappeared off the planet. I believe it was because the news cycle is now 24/7/365 AND it is online, on tv, on radio, etc. It is more or less impossible to see how this will change. As a country who is hooked on mindless ‘news’ shows about celebrities (ie. Access Hollywood and Entertainment Tonight) you will find that intelligent and non-partisan news dissemination is too boring for us as a country. We need to be spoon fed what to think and have to be shown swimsuit pics of female candidates who are running.

I try to refrain from expressing my political views, since this is a media blog. However, I will note that the same mentality that has been fostered by celebrity news shows has led to much of the non-sense that was put forward as ‘viable’ candidates from the tea party.

There is a party of common sense, it is out there. It isn’t one that puts forward morons who have never read the constitution yet are running for Congress. I believe the Libertarian Party had a chance to put the reigns on the Tea Party and direct it towards an actual coherent party structure and herd their energy into a useful form, and they blew it. As a registered Libertarian, it makes me sick to my stomach. Particularly so, when I could not bring myself to vote for any of the Libertarians who were on my ballot because I knew I would be tossing my vote away. 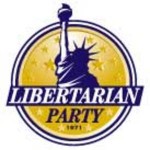 If you are frustrated with the way political coverage has deformed into, all I have to say is look around you next time you sit down at the bar or while eating at your favorite Applebees or TGI Friday. Think most of those people bothered to research the issues or the candidates before they voted?

Then try this, did you?

MSNBC Webpage, CNN Webpage, and Fox News Webpage as of around 1AM November 5th, 2010.