While I have never claimed to be a power gamer, I do play some. One franchise that I am particularly fond of is the Call of Duty series. It is a solid distraction and has good online game play (although the folks you are shooting are oft times people who should actually be shot – see previous post “CoD MW2 Online Gaming Cheat & Stupidity“.)

So, after having a day from hell I decided to run out and grab the game arriving at Game Stop about 2 minutes before close. I came home, opened it up (cutting the wrapper off with a corkscrew) and sat down to play.  First impressions? Corney, not as slick as Modern Warfare 2, and that it was clear the difference between a Treyarch production (they also did “World at War”) and Infinity Ward one (who did “Modern Warefare 2“.) Just as I had feared.

To this point I have only played the online experience (via XBox Live on my XBox360) so that is all I can comment on. I will tell you that many have experienced connection issues mid-game, and I am one of them. The graphics are more cartoon-ish and less crisp and detailed as MW2. I can say that particularly after playing some ‘Halo: Reach’ for the past week or so that it looks much less polished (playing ‘Reach’ also screwed up my brain enough due to the different control configuration from CoD that my first few online rounds were embarrassing.)

Some of the features that allow you to purchase weapon enhancements while still requiring leveling to unlock weapons makes lots of sense to me. The kill streak rewards are interesting but again, it seems less finely tuned. It is hard to explain, but think of watching a movie by Pixar then watching an old Disney movie like Bambi. While that is a bit extreme, I was able to play (without cheating) CoD Modern Warfare 2 to 5X Prestige; I do not see this keeping my interest that long. 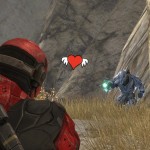 Am I disappointed? Somewhat, yes. Will I roll back over to playing ‘Reach’ because it is a better online fighting experience?

No. It can be a little too toon-ish for me as well… for instance.

I look forward to seeing Infinity Ward’s next incarnation of the game, if they end up doing another. (I hear there is a bit of drama involved, find a gamer blog for info on that.)

Is it worth buying? I believe so, at least to this point. However do not go into this thinking it will look like MW2.

If only it was as good as the commercial with Kobe and Kevin James et al.