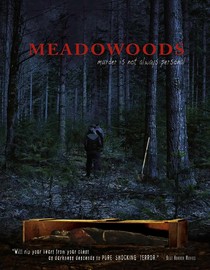 Houdini and countless others have tried and most failed at the ‘Buried Alive’ magic trick. In this case, it is not a magician doing that exactly… in this, it is three teenagers burying a classmate alive. Not as a matter of revenge but purely one who was randomly chosen.

Much of the film was shot in the now far too familiar ‘Blair Witch’ style. One of the primary characters is depicted as one of those annoying guys who always is shooting video of everything and everyone (new concept right?) He is recruited by two of his ‘friends’ to shoot a movie about them as they plot and execute the death of a random classmate. 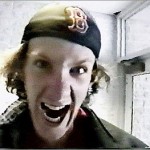 One of the prospective killers are a guy who is a dead ringer for Dylan Klebold of Columbine infamy, remember him? In fact I would say the character in the movie was at least loosely based on Klebold and he happens to look like him as well. The other is a disgruntled and shitty chick who seems to be motivated to do this to kill a pretty person to get revenge for not being one herself.

It is clear from the beginning that the guy shooting the video is not up for this. His trepidation grows as the story progresses, particularly after the victim is chosen. He is tasked with interviewing the victim (played by a Minnie Driver looking actress) to gain information that would help them choose how best to kidnap her. He sets this up under the guise of it being a project for school, during the course of the interview (clips of which are splashed into the movie off and on) he develops a crush on her.

You can basically figure out how it goes after that. Thankfully, “Meadowoods” has a harsh ending. In fact the ending of the movie more or less made the movie worth the time to watch it.

This helped identify some issues with the system. Should be addressed by next week.