With the exception of human casualties, it would seem that before this mess is taken care of off the Gulf Coast that we will suffer more catastrophic destruction than the Revolutionary War. Is BP acting as an agent for those who are still hostile for the US breaking away from the British a few hundred years ago? 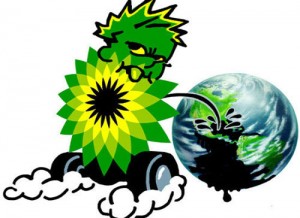 This feels like war, but it is a war that is having less money and strategic planning than what is happening in Iraq and Afghanistan. The US went into a plan of isolation and intense domestic concentration of non-interventionism after World War I. That move was understandable considering how far the resources had been strained after the war. Could we possibly head back to a similar type of policy after all the losses the US has endured during our engagement in Iraq and Afghanistan?

Our post WWI policy became a bit extreme and led to the US being unprepared for WWII and a loss of political power in the world politic. However, bringing our resources (particularly the military reserves) back from these engagements would mean they could be brought into defending our gulf coast from the invasion that is underway courtesy our allies, the British.

1 thought on “Is BP getting us back for the War of Independence?”