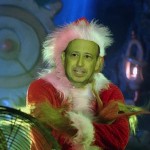 I am going to avoid trying to explain the nuances of why the US Federal Government going after Goldman Sachs. I will spare you this for several reasons including that I am not an expert on such fiscal adventures (mis-adventures?) The main reason is because despite all the spin, if you take some time to read articles by reputable news agencies (if you can find some tell me about them) and figure it out yourself.

However, let me make something clear. In my opinion, GS hedging a bet against an investment in sub-prime mortgages that they had been forced by the fed to take on was smart. How they did it may or may not be illegal, that is for judges to decide. Not CNN, Fox News, or some blogger (myself included.)

As far as the morality of it, I am more seriously disappointed in ‘our’ government for forcing the US banking system (what is regulated but still supposedly private) into making poor investments. They forced banks like GS and the other smaller financial institutions who rely on GS to back loans to lend to people who had no real possibility of repaying them so they could buy houses that they could not afford. 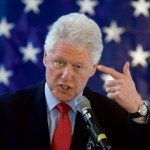 This policy went back to the Clinton days and it set us down a very dark path, one similar to what Carter had done before him.  This path keeps getting darker as we watch the Obama administration continue to force such things down the throats of businesses big and small while growing the governmental controls in place in all our lives.

Does this mean I blame Clinton? No. Sachs? No. It is a flawed system one created by greedy money lenders and a government obsessed with obtaining more power.

At some point along the way politicians became more focused on being politicians instead of elected representatives of the people they are serve. Banks have always been obsessed with getting more money, but the politicians should be focusing on the needs of the electorate and not legislating for the sake of legislating.