I took the bait. 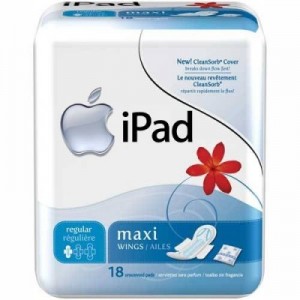 The Saturday that the iPad was released, I led myself to temptation and went to a mall with an Apple Store.

The thought process was a familiar one for me, I would go take a look and if it was too much of a mess I would bail.

The line was about 40 people deep around 1pm, that was enough to deter me. I went on to the food court, ate some Sbarro at did my best not to go back to that side of the mall. The temptation got the better of me though, and I proceeded to mosey back towards the shrine to Steve Jobs.

My thought process was simple, “I will not bother with it if I have to wait in line.” Hell, that is what I told the Apple Store guy when I walked by earlier and he asked if I was there to get one. I knew the limitations. No flash support being my biggest issue with the thing. The keyboard size was not an issue for me, nor should it have been for anyone used to using an iPhone or Blackberry Storm. Compared to those things the keys were gigantic, like the difference between a regular keyboard and that kind they give retarded or half blind people.

So I get back to the store and there is one guy in line. Yes, one lousy guy. By the time I got up to the line (which had been placed out in in the walking path for the mall surely for visual impact) the guy was already gone, being led in by one of the sales people. No line, no wait. So by tempting fate I had been sucked in by it, I was going to buy an iPad.

Damnit. I know better than to be an early adopter.

I got it home, messed with it all night. Even ended up blogging about it. Which may seem odd to you, since this is the first mention of it. Well, the WordPress app crashed after I had typed it up. It lost it because the iPad network bug had prevented my drafts from being sent up to the blog for safe storage. Great way to end night number one with my iPad.

So tell me iPad.

Isn’t it an appropriate name for me for a device that is temperamental and doesn’t respond to some touches the way you think it should? I just keep looking for the adhesive strip on the back of the thing and blood on the screen instead of fingerprints.