There was a long and dark period in Dan Rather‘s life, it was called success. The man who was an incredible reporter including embedding himself with troops during Vietnam and reported on huge events of the late 20th century with a dogged determination fell into the trappings of success. He became a talking head who ended up allowing that to drain his journalistic integrity to the point that he became a talking head who began slanting the news to push his personal agenda. 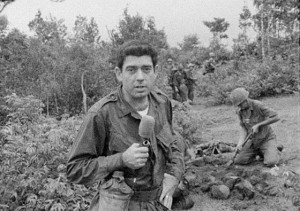 A journalist who establishes themselves as truth seeking and unafraid that then turns into Keith Olbermann is bound to lose any critical thinking viewer. Rather did that, he lost us and in the process his ivory tower as nightly news anchor at CBS News. While the bigger crime may be that Rather leaving led to Katie Couric taking over and running CBS News into the the toilet.

Let me make this clear. I have no issue with women doing whatever job they decide to do and are able to do well. Yes, I will admit that I do have one issue with something women try to do. I have an issue with female guitarists. That being said, nothing else do I have a serious issue with.

However, have you tried to watch either Couric or Diane Sawyer anchoring their respective (although not so respectable) network newscasts? It is nearly unwatchable, I have tried. I mean I have put my mind to it and sat there trying to actively watch and critique. How can this not be making Brian Williams and his NBC Nightly News number one? Oh, wait… it is as reported by our friends at tvbythenumbers.com 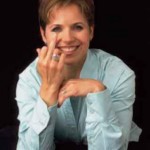 Lets be serious here people. As if network news was not rapidly becoming less and less relevant, as if the desperate attempts to move from news reporting to social media-style reporting are not painful enough to watch… you put Katie Couric in charge? Why?

There is only one reason. It is simple. They know they are inevitably going to fail, so the powers that be must be putting Couric out there to be consumed by the sharks in the water (that they jumped?) She will take the fall for the brass’s inability to figure out what would work to save their slowly disappearing ratings.

Maybe they could learn something from an old news man who has reinvented himself, bring back Dan? (Never thought I would type that)